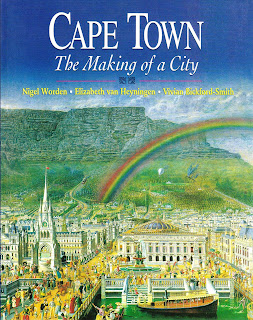 I have over the years heard many stories about the Wicht Cape property empire of the 1800's, in particular, their reputation as "slum lords" of Bree Street and District 6. Indeed, I recently read  an article where JAH Wicht (1808-1867) defended themselves from such accusations and made the claim that they are  "not the kind of landlords who charge high rents". Of the few remaining street signs still up in District 6, one still reads "Wicht Singel".

I recently came across the book Cape Town: The Making of a City and pulled out the following extracts.

What was particularly interesting to me was how their fortunes were build on owning slaves prior to emancipation.


"Economically the Dutch flourished under the British as they could not under the monopolistic and moribund VOC. Many were slave owners themselves and they profited even from emancipation. The fortunes of Dutch businessmen in had been laid during the 1830s and 1840s when they acted as moneylenders to their compatriots on the security of slaves! ’s Dutch slave owners were not neglected when compensation was paid. RM Brink and JJL Smuts were both members of the slave compensation board while Smuts, acting with Hamilton Ross, was an agent for the payment of compensation money, along with Servaas de Kock and J.H. Hofmeyr. Slave compensation money was frequently invested in property to house the newly liberated population.
The brothers JH and JAH Wicht were outstanding examples of moneylenders turned slum landlords. JAH Wicht also reinvested slave compensation money in business. Of the six companies formed in 1838, three were dominated by Dutch shareholders - De Protecteur Fire and Life Assurance Co. (chairman, JH Hofmeyr), the South African Bank {chairman, F.S. Watermeyer) and the Board of Executors (chairman, the Hon. H. Cloete). The improved financial status of these Dutch businessmen gave them a sound economic basis for their hid for political power in succeeding decades. To judge from the records of such institutions as the Board of Executors, ‘old` Cape Town families like the Hofmeyrs and the Hiddinghs retained their economic position in the town into the twentieth century. The first English-speaking chairman of the Board of Executors, the lawyer WI Moore, was appointed only in 1903, at which time the directors were still substantially Dutch speaking.
The most prominent of all 's speculative builders was the Wicht family. Johan Andreas Heysze (JAH) Wicht (1806-1861) owned 145 houses by 1850, while (Johan Hendrik) Wicht (1823-1907) had 30-40 and Johan Coenraad (JC) Wicht (1814-1878) had 11, all mainly in a band starting at and ending in . Here JAH Wicht had about 40 houses with 19 in and 7 in . He also had 17 in and interests in District Six. By the early 1860s the family holdings had increased. JAH Wicht now had 340 houses, of which about 106 were in District Six. He had been building at least 20 a year for the last decade. JH Wicht now owned about 40, all on the west side of the town, while JC Wicht had 80.
All told, this made a family group of 460 houses. Typical of these properties was ‘Sebastopol’, nicknamed in reference to the notorious tenements, consisting of a row of small, two-storeyed houses in . Without water supply, sanitation or much refuse removal, such places were overcrowded and squalid in the extreme.
After JAH Wicht's death in the 1860s, the estate devolved on his children, Christiaan Lodewyk and Johan Andreas Wicht, who themselves had some 325 houses. These increased after the boom of the 1870s. By 1880 C. and Andreas Wicht owned 375 houses worth about £60,000 according to the municipal valuation, mainly in District Six. In the 1890s they began to sell their holdings and by 1896 they had a combined total of less than 70 houses."

According to "Ethnic Pride & Racial Prejudice In Victorian Cape Town" (Vivian Bickford-Smith) the Wicht family owned 12% of the Cape's housing stock in 1870.

Jan Hendrik Hofmeyr
20 March 1894 - 3 December 1948
Article by Dr Roos Muller
Times, November 3, 2011
South Africans have all too often been guilty of objectifying the other, that is, those who are not like us, as Professor Milton Shain indicated in his article on anti-Semitism before and during World War II. But we also have a history of producing strong individuals of principle who are unafraid to publicly defend an extremely unpopular stance, even to their own detriment.
At a time when the Jewish population of South Africa sorely needed a champion within the ranks of the governing party, who themselves were under severe political threat by the nationalist right-wing, one of the most remarkable and under-valued men this country has ever produced, Jan Hendrik Hofmeyr, rose to meet that challenge.


The time that Shain refers to, after the accession of Adolf Hitler to power in in 1933, was also a period of vicious anti-Semitism in . Dr DF Malan preached that Jews were unassimilable and his old newspaper, Die Burger, entrenched anti-Jewish attitudes by publishing articles denying any persecution of German Jews. 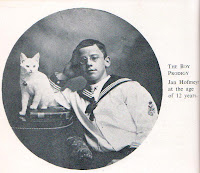 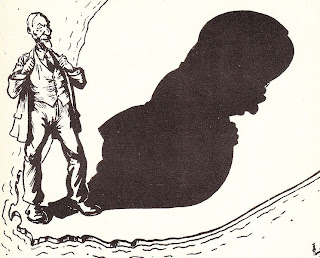 Of Hofmeyr he said:  “Here was the wonder child of , with a record with which shows no parallel, who from his youngest years beat all records, whose achievement in a comparatively brief life shows no parallel in this land, and whose star at the end was still rising... He has passed on, but his service and the high spirit in which he sought to serve his country and his fellow-men of all races remain our abiding possessions. This is a better and richer country for his service, and his message will not be forgotten. “

A person of Hofmeyr’s stature and courage comes along all too seldom: we must hope that there are others, here and now, who will be able to transcend personal and party loyalties and seek solutions which reject the categorisation of anyone else as “other”, and have the courage to find and embrace our common destiny.
● Dr Roos Muller is a former activist, and a writer on political and literary issues.  For more detailed bio  on Jan Hendrik, here is the link to Wikipedia: